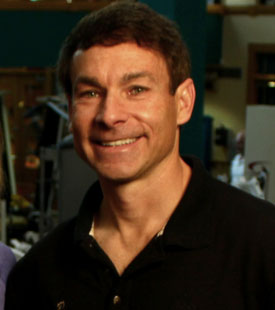 Bill Fabrocini is a clinical specialist in orthopedic physical therapy and sports performance training coach. He has worked at the Aspen Club Sports Medicine Institute in various capacities since 1990 along with running his own training and consulting business, Bill Fabrocini LLC.

During the course of his 25 plus year career he has designed exercise programs for several prestigious companies both on the private and public sector including Mass General Hospital and The Aspen Ski Company. He has also worked with athletes from a broad range including Olympic Medlaists, NBA, NFL, and NHL athletes, the US Ski Team, professional soccer players, Grand Slam Tennis and Golf Champions, professional ballet dancers, world class runners, professional cyclists, collegiate and high school athletes, corporate executives, and most importantly his every day athletes of all ages.

Mr. Fabrocini currently serves as the rehabilitation and strength conditioning advisor for the Guadalajara Chivas in the Mexican professional soccer league. He also advises several youth organizations including Team Prep USA that have produced numerous collegiate elite runners and Olympians.

Mr. Fabrocini is the co-founder of Aspen Core Fitness (ACF), a training company with the objective of developing state of the art training products and programs based upon sport science. The TRX Rip Trainer originated from this company along with the training foundational courses he developed as the ACF education director. He has served as a consultant for TRX for the last three years with the role of educating trainers throughout North America on the concepts of Rip training. Mr. Fabrocini continues to teach courses and lecture on the national and international stage. He is a frequent presenter at medical and fitness conferences and symposiums. Mr. Fabrocini is the co-author of Thinner This Year with Chris Crowley and Jenniffer Sacheck Ph D. Thinner This Year is the sequel to the NY Times best seller Younger Next Year. He also produced the accompanying DVD series that supplemented the exercise portion of the book, Thinner This Year: Preparation for Movement and The Sacred 25 and Beyond. He is currently working on the next Younger Next Year sequel that will explore the concepts of preventing and rehabilitating back and hip injuries.

Mr. Fabrocini has written numerous articles that have been published in prominent journals including the National Strength and Conditioning Journal and the American Council on Exercise Certified News publication. His training methods and rehabilitation concepts have been highlighted and featured in several fitness magazines including Men’s Health, Skiing, Private Clubs, Outside Magazine, among just a few.

In his free time he enjoys his time with his family and friends and biking with his dogs. He is actively involved with several charities related to both human and animal welfare.[/text_output]